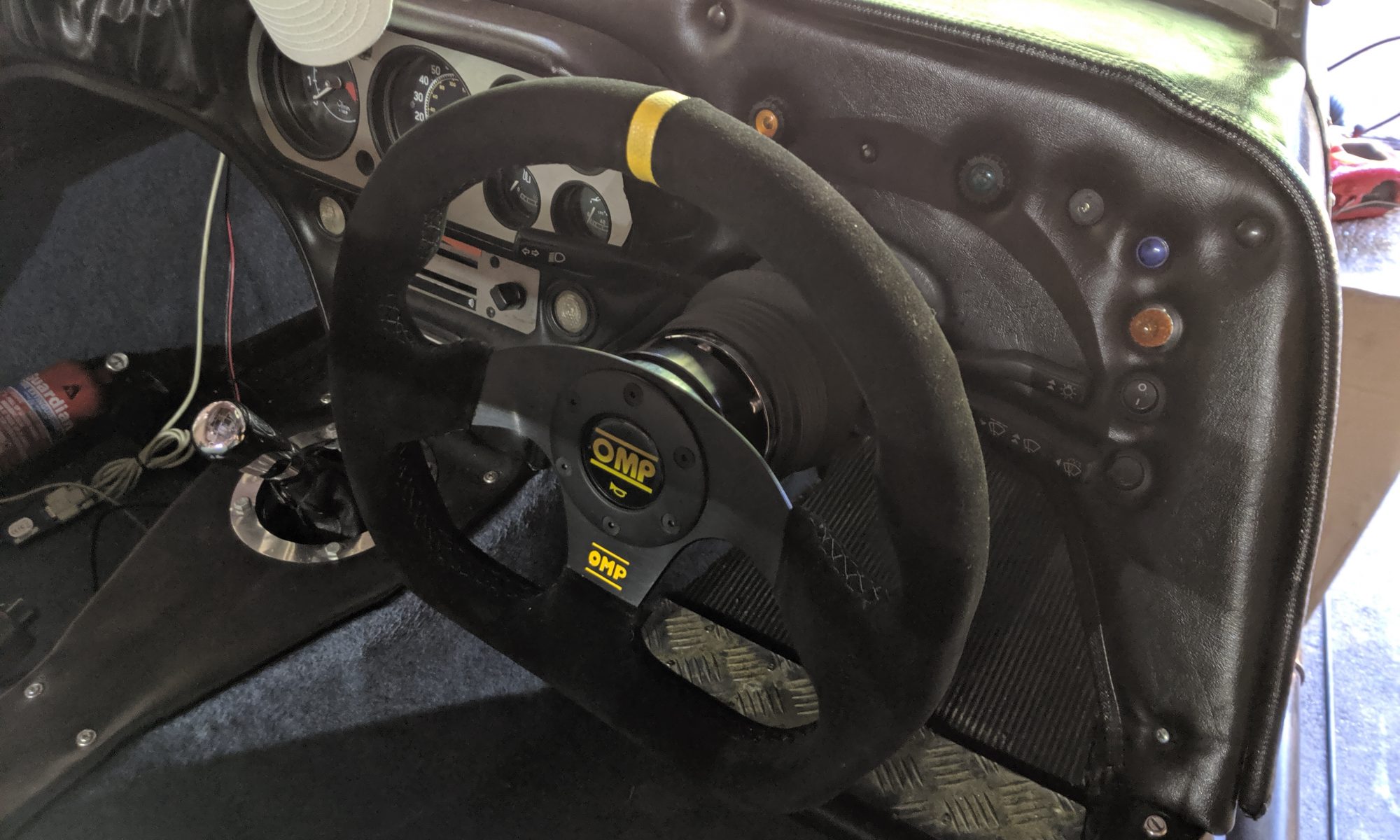 So after installing my lovely new OMP race wheel it was apparent that all was not well with the steering column! In fact, this was an understatement as there was a good 1-2″ of play side to side on the column whcih was just not going to do. a quick investigation identified the issue. A 30+ year old bush that had given up the ghost!

After a bit of time on google I established that this was a standard Sierra steering column bush, and also that Kit Spares held them in stock (probably should have started there 🙂 ) £20 including shipping and a couple of days later it was time to pull the column apart and figure out how this all hangs together.

Fortunately, its as easy as you would expect. The column is hung on the original mount points at the top and passes through a 3mm steel holder at the bottom, so all that was needed was to loosen the joiner in the engine bay, remove the bolts off the column top and slide the whole thing out. Once out the old bush litter ally fell out into the foot well!

installing the new bush was a little more fiddly as it actually fitted snugly and needed some fettering with fairy liquid and some random tools. Once in, the column could be slid back into place and I could set about bolting the top half back in.

When i removed the top half I was less than impressed with the mounting solution. What is becoming a trend with this vehicle is the original builders approach to solving technical problems was, lets say, a bit garden shed; and I wanted to be a little more professional about it! So where the Sierra steering column mounts were 18mm open voids that clearly took a bush of some kind once upon a time, and instead had been friction mounted with an M10 and a large washer, I decided to pop along to my favourite hardware supplier, Stirling Nut and Bolt.

This is heaven for fasteners of any kind. They literally have everything you could ever want and at trade prices so you don̵7;t spend an arm and a leg! A quick tour of the warehouse and 15 minutes later I had 2 x M10.9×50 High tensile bolts, 2 x M10x50 washers, 20x 18mm M10 spacer washers and an assortment of other similar things to work with just in case. A whole £7 later…… (i’ll let you stew on that), I was back home and assembling my newly acquired parts into an M10 spacer bolt arrangement that went, M10 Bolt, 50mm washer, 6 x 18mm spacer washers inside of the column mount, then the frame mount point, then a nylock high tensile nut.

This solution made the column extremely rigid and removed flex at the lower end where the bush took up the remaining pivot movement and the column was firm, central and more aligned that its previous installation!

Come the winter this is all coming apart again as part of the big rebuild, but for now, I have a safe, secure steering solution for this summers fun!