Being a technologist and a DJ, I often find myself torn between the need for blinking LED’s and a product that adds value. Take for instance my need to utilise MP3’s rather than Vinyl. Its a simple requirement in so much as i just want to:

a) mitigate many, many boxes of 12″ vinyl
b) get easier access to the latest music
c) play tracks of my own creation without having to have them cut to 12″, and finally
d) retain the look and feel of my 1210’s with all their analogue loveliness!

These requirements put me in the digital DJ space, with the key players being Traktor and Serato. As you will have seen in previous posts, I had 100% decided to go with Traktor, simply because it had the ability to run 4 live sources through it, that as well as the fact that the Audio 8 interface is pretty solid, and very versatile. The thing is, an Audio 8 interface is great if your moving from gig to gig, but these days, I work for a living, so the chances of me playing out are slim, so why spend £500 on TraktorScratch V3 when I can get one of these instead 🙂 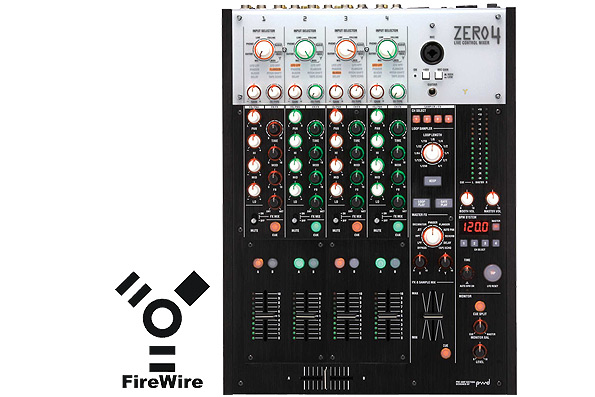 The Korg Zero4 is simply amazing. It has a multitude of effects, versatility and that all important ability to plug straight into the PC and run Traktor. Now, I already have a Pioneer DJM600, which is an impressive mixer and still considered one of the best on the market today, but, this mixer just exudes quality and functionality. For starters its a Korg product, so your in the realms of world class engineering, but then its got so many features it is unreal.

Take a look at this, this is the per channel effect section of the mixer: 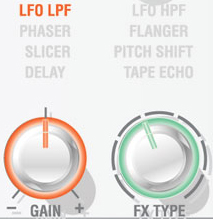 Then, to complement that you have the same set of effects on the master channel! so theoretically you could apply LFO LPF to Channel A, LFO HPF to Channel B and a Phaser to the master out, all during the same mix. That would sound pretty impressive. Here are the main channel effects: 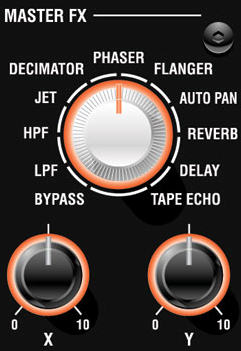 Now, I really want to find out exactly what the effect “Decimator” sounds like!

To top all that off, you get a fully featured BPM locked Sampler:

So all in all, you get an awful lot of toys for your money. Incidentally, the Korg is retailing at £750, only £250 more than the TraktorScratch V3 Package. You will of course need to get a set of control records at £15 each, and a copy of Traktor V3.2, but despite that, I think its an investment worth taking. So much so, that it is one I am seriously contemplating.

The only downside of course, if I ever end up in a situation where someone says, hey, come play a set fro us, its gonna be difficult to turn up with a whole mixer rather than a simple box to interface!