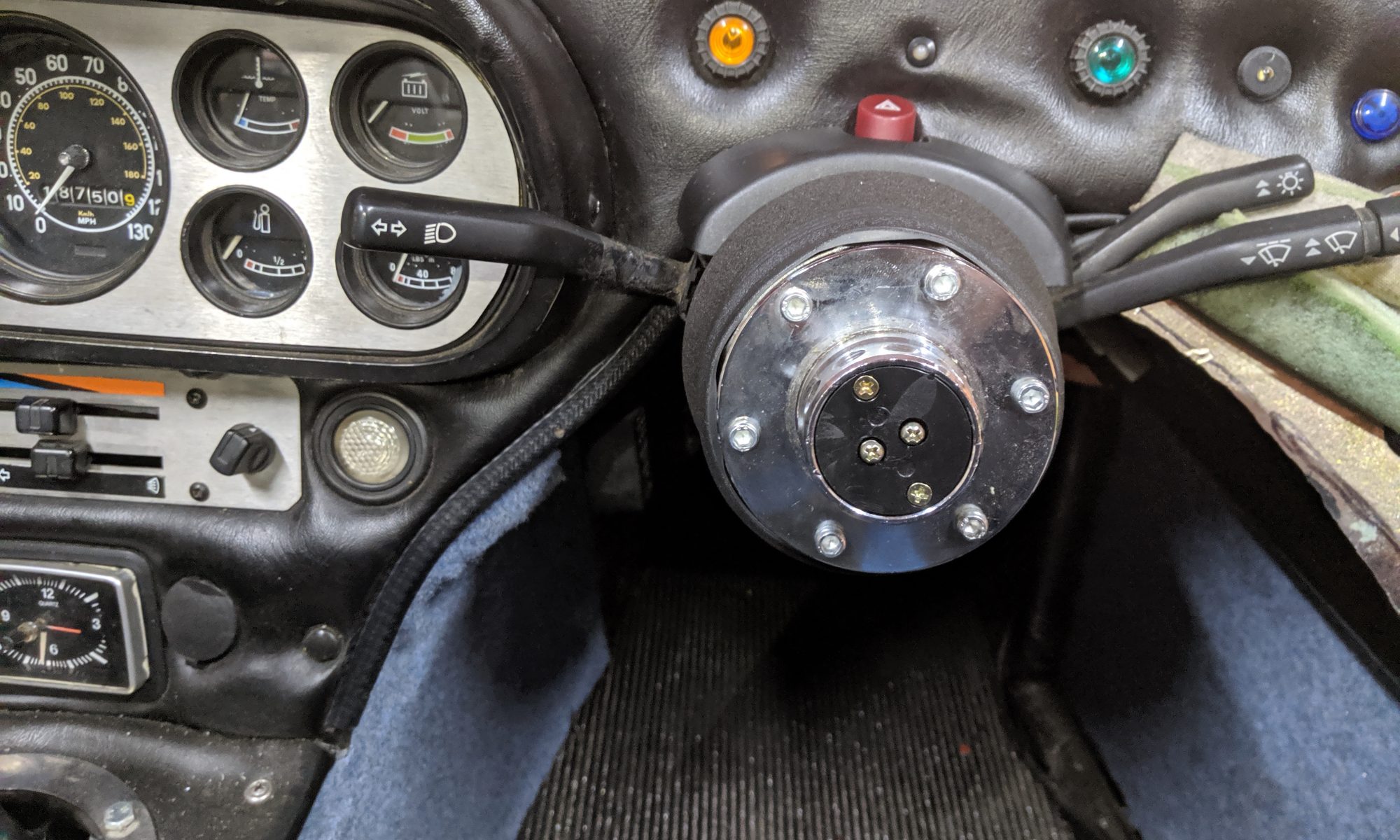 After first getting into the Hoody, I realised that I would have to modify the steering column mounting position as I was just too big for the seating position that had been set by the original builder.

Factor in the new seats and the larger steering wheel, and this became pretty critical to me being able to drive it again! The steering wheel mounted to a steel plate hung off a chassis cross member, with a brace bar back to a side chassis rail. Moving it was as simple as drilling some new M10 holes in that mount point a little higher up, and then attacking a lot of metal with a die grinder until I had sufficient clearance to get the column up an inch!

Its often the easiest of changes that have the biggest impact. For instance being able to take your foot off the clutch while turning a corner seemed pretty useful to me 🙂

One issue I found was that due to the mk1 centre clocks, I was unable to engage main beam anymore (left stalk pushed forward), however this is a temporary issue as I intend to design and 3dprint a new stalk that has an extra long bend in the middle to gain me the additional half an inch of clearance I need to get that function back. The future is now!