Ok, so anyone who has worked with sound equipment before would have been greatly disappointed shortly after taking the M-Audio Xponent out of the box. Essentially, it’s a bit crap. The main bug-bears are the faders, often referred to as being made by “Fisher Price”.They are loose, and generally feel nothing like a proper mixer, so anyone used to using pro audio equipment is going to feel short changed (I know I did!). That said, once you get over them, and there are some tricks you can apply to make them feel less annoying, the other primary bug-bear is Torq. This software can only be described as an epic fail! I gave it a shot, I persevered with it for a long time, and have come to the conclusion that its beat detection engine was programmed using chaos theory.

I have mixed on many different platforms, decks (belt and DD), CDJ’s (from first gen to modern) and midi software from TraktorScratch V1.0 through to the usual suspects of today. What all of these platforms allow you to do is beat match with little effort if you’ve got a good ear. Torq on the other hand, seems to want to fight this process and in my own experience, creates a clinical/harsh environment to align beats without getting nasty overlay (beat on beat cancelation). If you persevere I am sure you can personally compensate for this and actually become good at “mixing with Torq” but IMO I don’t think it appropriate to change my mixing style after 20 years just to accommodate crap software.

This problem brings us to the solution I have discovered. I don’t take credit for pulling this together, many people better than me have toiled long and hard to make this work and have done some excellent work on the subject. All I wanted to do was have a rant, show you how easy it is to make the Xponent better and then credit those who did the work.

Native Instruments have invested a lot of time and energy into refining the Traktor product to what it is today. I have used different iterations of it since Scratch v1.0 (the first ever version) and it just keeps  improving! The most recent version is Traktor Pro V1.x, I am using 1.2.4 and it is truly phenomenal. I won’t go into it in too much detail, but will say this much, its intuitive, just like it should be, has some amazing effects available out of the box and “just works perfectly”  What more could you ask for? 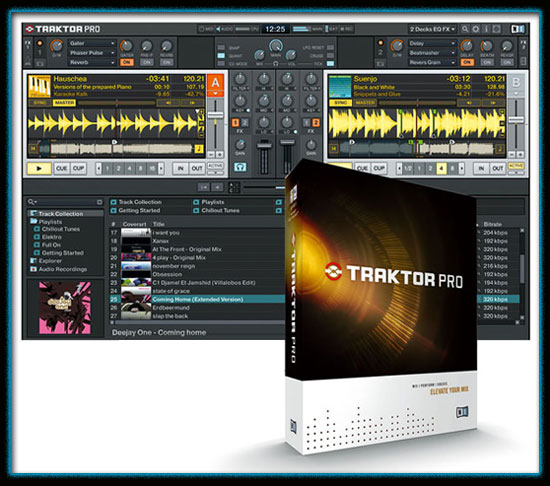 Of course, Despite the Xponent being a Midi Control Surface and a Sound Card, it’s been locked into Torq to proliferate the spread of the evil program, but, there is a way you can break out of this and turn your midi control surface back into a programmable 2-way midi surface like any other. It’s actually quite simple:

While you switch the device on, press and hold the number 2 Queue button + the Lock Button on the left deck. It’s that simple, hold them till it’s all booted up, and to check its worked, press any button, if it lights up then fades away, it’s not worked and you need to power off and try again. If it does not light up, you’re in business and you have a midi control surface ready to use with any Digital DJ software you want!

At this stage you have a couple of options, start mapping the buttons yourself or grab a map that has already been put together. Personally, I like to short-cut things, so I would grab a predesigned map. After a good look around and a few failed starts, I found a mapping from HolyCT based on the work of DJ Kad listed in the NI Forums. It is amazing! It has all the mappings you would want, full documentation and even a browser mode so you can use the jog wheels to browse your track lists without the keyboard and mouse! It makes use of the X/Y Pad and is IMO a very well put together map for the Xponent. 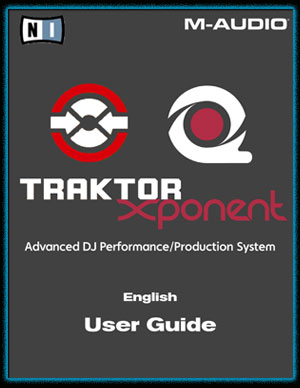 Bringing the good features from the Xponent to a well written and user friendly piece of software like Traktor Pro, is a marriage made in heaven! I am truly blown away with the usability and playability of the combination, and it has convinced me to stick with my Xponent for the time being. It may not be the best controller in its class, but it has some cool features and once you get used to the faders, it’s not all bad!

2 Replies to “How to make an Xponent Great”